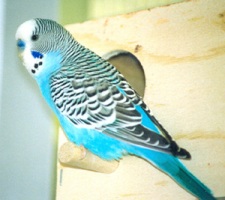 Here, we present results from two groups of budgerigars (Melopsittacus undulatus), in both of which females had significantly higher bone mineral contents and densities, as measured by peripheral quantitative computed tomography of the tibiotarsus, during a reproductively dormant period. The results could indicate that female birds can accumulate mineral stores outside of the breeding season.