Source: news.sciencemag.org
Two years ago, dolphins were demonstrated to be able to imitate whale sounds. Now it turns out that whales can also learn the language of dolphins. Orcas are now one of the few known species with that ability. 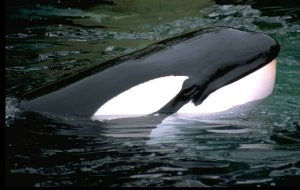 Dolphins were heard imitating the sounds of humpback whales at night two years ago. These were sounds that they heard during the day, while performing in shows. The latest research in this field, published in The Journal of the Acoustical Society of America, was conducted on orcas living in captivity. Ten orcas (Orcinus orca) were investigated, including seven animals living with others of the same species and three kept with bottlenose dolphins (Tursiops truncatus). Understandably, the seven orcas living with their own kind primarily produced typical orca sounds. The orcas kept with the dolphins, however, also produced dolphin clicks and whistles.

The researchers say that it is quite remarkable that orcas can learn the ‘language’ of another animal species. Besides humans, few animals possess that ability.