The Origins of Egg Eating in Snakes

Source: A. de Queiroz and J.A. Rodríguez-Robles, The American Naturalist, volume 167 (2006), pages 684694
Evolutionary changes in animal diets must often begin through the inclusion of a novel food type as a minor component of the diet. An aspect of this initial change that has rarely been studied is the relationship between the existing diet and the use of specific novel foods. 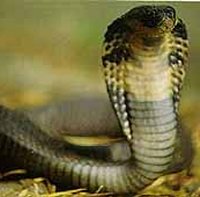 We used comparative analyses to test the hypothesis that, in snakes, feeding on squamate (lizard and snake) eggs or bird eggs items that represent evolutionarily derived and, in most cases, minor components of the diet is associated with feeding on squamates or birds, respectively. Phylogenetic concentrated-changes tests indicate a significant tendency for predation on eggs to arise in snake lineages characterized by feeding on the corresponding animals. These results also generally hold for analyses including only snake species that are likely to encounter eggs and are large enough to ingest them. The inferred histories of specialized egg eaters also support the hypothesis. Because snakes often use chemical cues to recognize prey, the observed phylogenetic patterns might be explained by chemical similarities between eggs and adult animals. Our results suggest broad effects of predispositions on snake diets and thus illustrate how historical contingencies can shape the ecology of organisms.