Influence of nutrition on the quality of semen in Jaguars 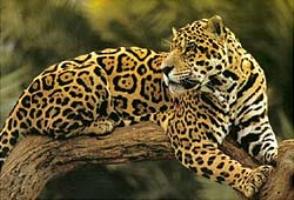 The aim of this study was to determine the influence of vitamin (A, D, E, B1, B2, folic acid and biotin) and mineral (calcium, phosphorus, iron, copper, iodine and manganese) supplementation on the quality of semen in Jaguars Panthera onca. Between August 1998 and August 1999 eight adult ♂ Jaguars were offered red meat (beef) and bovine heart once a day. The vitamin/mineral supplementation used was based on the National Research Council recommendations for the domestic cat F. catus. Semen was collected by electroejaculation at the beginning of the trial and every 2 months thereafter for 1 year (n= 7 collection dates). Statistical analyses were performed using the Wilcoxon test (for motility, vigour and sperm concentration), the Friedman test (for sperm and testicular volume) and analysis of variance (for sperm morphology). There were no significant differences between collections for semen volume, concentration, motility and vigour (P>005) during the trial period. There was also no difference in morphology between samples with respect to secondary defects but the percentage of primary defects decreased (P<005) between the means of the third and the seventh collection series. The conclusion is that dietary supplementation with vitamins and minerals appears to decrease sperm abnormalities, improving seminal characteristics in the animals studied.