Source: W.L. Jansen, et al, /igitur-archive.library.uu.nl
An increase in fat intake by horses has been shown to decrease the apparent digestibility of the various dietary fibre fractions, but the mechanism was unknown. 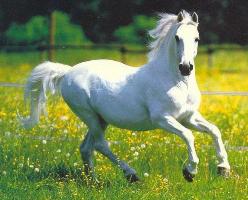 It was hypothesized that extra fat intake depresses the caecal and/ or colonic
microbial degradation of fibre, leading to a decrease in fibre digestion. The
hypothesis was tested using ponies fed either low-fat or a high-fat ration. In the
ponies, the high-fat ration lowered apparent crude fibre digestibility by 13.5
percentage units. The ponies were killed and intestinal contents isolated to
determine in-vitro gas production after incubation with various substrates. In
general, groups mean maximum gas production from either cellulose or xylan by
caecal, colonic and faecal bacteria was lower when the ponies had been fed the
high-fat diet. Cumulative gas production by caecal fluid with xylan as substrate
after 20 h of incubation was significantly depressed when the donor animals had
been fed the high-fat diet. With cellulose as substrate, gas production by caecal
contents was lowered by on average 20% after fat feeding of the ponies. There
was a significant diet effect of cell-free caecal fluid on gas production from
cellulose by a standard inoculum: fat feeding had an inhibitory impact. It is
concluded that fat feeding in ponies inhibits microbial activity in the caecum, which
in turn leads to a decrease in fibre digestibility.