Source: minlnv.nl
On 22 and 23 October, the European Agriculture and Fisheries Council met in Luxembourg. Two of the issues, animal health strategy and regulations in animal transport, are mentioned below. 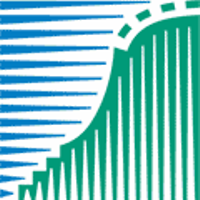 The European Committee (EC) has presented her plans with regard to animal health in Europe. The same rules and procedures ought to be valid in Europe, especially those aimed at the prevention of diseases. When an outbreak occurs, all member states ought to act in the same way. These ideas concerning animal health have in the Netherlands already resulted in the formation of the National Agenda Animal Health. This agenda has been recently presented, along with the government amendment Animal Wellbeing and the bill Animals.
In December, the EC wishes to draw up conclusion and present an action program shortly after. The first proposals are expected in 2008.

The Swedish minister of Agriculture has urged other member states for better compliance with the EU regulations for animal transport. The Netherlands supported this call. The EC was also asked to make haste with the evaluation of the regulations, so that  when necessary - improvements of the animals wellbeing during transports can be quickly brought into operation. The EC is improving the transport regulations. It is possible that a maximum of transport time is established, as well as norms for resting times and for the number of space that animals should have during transport.