Right feed for the elderly pet

Source: AllAboutFeed.net
Just like humans, pets can get complaints when they grow older, such as arthritis, impaired hearing and impaired sight. Their capability to taste and smell also diminishes. 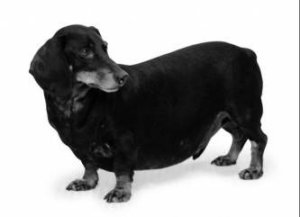 Other complaints are kidney problems, obesity, or even Alzheimer. The right feed can slow down or diminish these age-related complaints.

When animals grow older, they need feed that:

More and more producers of animal feed supply food for different age categories, also for the elderly dog and cat. Many older animals loose their appetite. The composure of their bodies also changes (muscle/fat ratio). For older animals concentrated feed with an attractive scent is important.
Animals get heavier when they get older, just like humans. Being overweight is not good for the muscles, joints and organs. Dogs that are fed with limits generally live longer without encountering health problems. Health issues will occur at a later age and will be less severe than those of dogs that are overfed.
Kidney problems is the main cause of death in elderly cats, and the penultimate main cause of death in dogs. Kidney problems usually go unnoticed: only when the kidneys lose more than three quarters of their function, this is noted. This is why it is good for older pets to be checked by a vet regularly. The right feed, however, could prevent many problems.