Source: minlnv.nl
On October 22nd, 2008, an agreement was signed by 28 countries in Abu Dhabi. The countries agreed to better protect migrating birds of prey and owls in Europe, Africa and Asia. The agreement involves 78 kinds of birds. 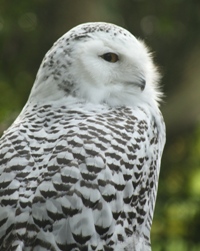 The agreement also involves the taking of action. This involves protection by law, protection of habitat, better enforcement, coordinated monitoring alongside migration routes and creating awareness with the public.

In Europe the Flora and Fauna law and the Bird and Habitat guide lines ensure a better protection. The agreement is part of the UN Convention of Migrating Species (CMS), also known as the Convention of Bonn.