Source: Nu.nl
For months, a rat managed to outsmart a team of scientists. The rodent was released on a deserted island in New Zealand to discover why it is so difficult to exterminate rats.
Only after four months were the scientists able to capture the animal again: on a neighboring island! 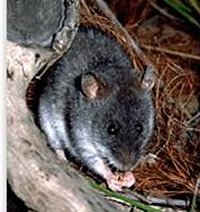 According to the head of the investigation, it is disproportionately difficult to capture a single rat. The animal was supplied with a transmission collar, and the team was equipped with traps, bait, and tracker dogs.
After ten weeks, the rat swam 400 meters over open water to a neighboring island. This is the longest distance ever recorded that a rat has crossed open water.
In the end, a trap with penguin meat proved fatal for the fugitive animal.

The remote islands along the New Zealand coast are often harassed by rats, disturbing the natural balance. The research enabled the scientists to protect the islands better against these unwanted visitors.