Source: zooantwerpen.be
Escaped from the Antwerp ZOO: a Cape buffalo...at least that was the scenario in a drill for the zoo's emergency plan. Recently, ZOO staff had to demonstrate that they could work well with the plan. 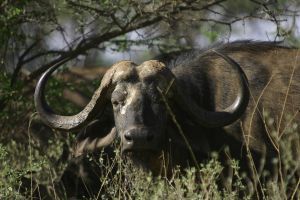 Zoos have various emergency plans at hand to cover diverse emergency situations: a serious accident, a fire, a robbery or bomb scare, a storm or the escape of a dangerous animal. The latter situation was recently tested. Before the ZOO had opened its gates in the morning, an announcement was heard on the grounds that a Cape buffalo had escaped. These animals are known to be heavy and vigorous, and aggressive when panicked. The zoo employees had to spring into action; the switchboard alarmed emergency services, the police, the BBT (“special assistance team”), ZOO management and the veterinarian. A telephone tree was activated and everyone was informed in short order.

The special assistance team and veterinarian were on the scene very quickly with the necessary firing and anaesthetising equipment. Very soon, the “safe signal” was sounded. Within an hour the drill was completed, and an extensive evaluation followed. A number of suggestions for improving internal communication were identified, which is the point of such a drill.

And the Cape buffalos? They were completely unaware of what had transpired, as they had remained calm and collected in their own enclosure.