Implantation and development of the gut flora in the newborn animal

Source: R. Ducluzeau, Ann Rech Vet. 1983;14(4):354-9
The newborn mammal, germfree in the mother's uterus, steps in complex microbial environment as soon as born. Bacterial development in the digestive cavities of the newborn animal, from the environmental bacteria, occurs very quickly. 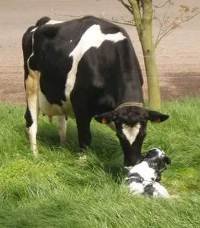 Within three hours after birth a small microbial population is present in the piglet, baby mouse or human baby. Within twelve hours after birth, dominant microbial population of the newborn animal can be as important as that of the adult animal. In any case, this highest level is reached within 24 h after birth. Studying several animal species, one observes a certain diversity in the steps of establishment of the principal bacterial groups. For instance, facultative anaerobic bacteria appear before strictly anaerobic bacteria in the young mouse, whereas the opposite situation happens in the young hare. In the calf and the piglet, strictly and facultative bacteria establish approximatively at the same time. On day one after birth E. coli and Streptococci establish in the human infant, and also species belonging to genus Bacteroides and Bifidobacterium. This last genus becomes dominant from 4 to 5 days after birth. The newborn successively meets three different bacterial ecosystems: maternal vagina, maternal feces and finally environment where it is reared. Each of these three ecosystems probably takes a role in the elaboration of the newborn animals flora, but in proportion difficult to estimate. Any way, one can state that the newborn possess powerful systems to sort out certain specific bacterial species among those constituting the environmental population to which he is exposed.
Annals of veterinary research