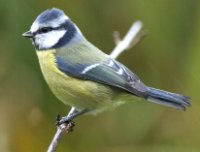 Rainfall did explain the unusual increase in blackbird body weight, possibly as a result of improving food availability.