Source: Second nature, Environmental enrichment for captive animals. D.J. Sheperdson, et al, 1998
Much progress has been made during the past fifty years concerning environmental improvement. However, 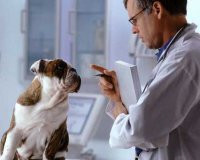 there are still zoo animals that are stressed and show stereotypical behaviour.
One of the reasons why this problem is not solved yet is the cost of starting and applying such an enrichment program. Another reason is that many zookeepers still follow their own ideas instead of basing the program on scientific researches. Best would be to combine personal knowledge concerning the animal with scientific knowledge. Still, there is certainly hope for the future. Over the past twenty years, environmental improvement has become one of the most important parts of the management of zookeepers in zoos. The next developments are already taking place and will develop further in the future.

In the past, much research has been done on the behaviour and the environmental improvement of primates. Primates profit from an improved environment, but they are certainly not the only ones. Zookeepers will convert these researches for primates into enrichment programs for several animal species.

Due to technological developments, there are more and more ways to study wild animals in their natural environment. Wild animals can, for example, be followed or examined by satellites or radio-telemetry. Unfortunately, this progress involves high costs for the research as well as a decrease in natural habitat. Nevertheless, in order to develop a well functioning enrichment program, it will remain important in the future to get to know as much as possible about the natural behaviour of animals.

Lab studies are often heavily criticised by animal rights activists. As all living conditions can be determined, it will be these researches in specific that will mean a lot for battling stress and stereotypical behaviour of animals living in captivity.

To measure psychological wellbeing objectively, methods will have to be further developed and refined. Methods that take both the behaviour as well as the physical qualities of animals into consideration are the most promising ones.

For research counts that a bigger research population offers a more reliable result. In the future more attention will be paid to carrying out the same researches in several zoos simultaneously. Animals have other senses than humans. In the future, when developing a sojourn, people will have to take into consideration what animals can and cannot observe. Elephants communicate with sounds that are not audible to the human ear. Certain heating systems can produce sounds that humans do not hear, but which disturb elephants in the communication among themselves.